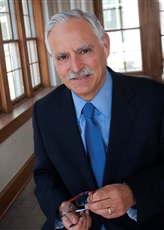 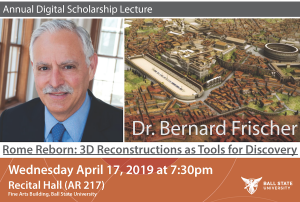 The Rome Reborn project is an international initiative launched in 1996 by Dr. Bernard Frischer, Professor of Informatics at Indiana University. It presents a 3D reconstruction of ancient Rome in AD 320, shortly before the capital of the empire was moved to Constantinople. This year was chosen because it represents the peak of the urban development of the ancient city.

The model, which took 22 years to complete, makes it possible for newcomers to the subject of Roman topography and urban history to obtain a quick visualization of the monuments in their context in the city. The purpose of this talk, though, is not to explore these instructional applications of the model but to draw out the uses of virtual reality as a tool of discovery. Join us to learn more about how the 3D applications we use for games are also exciting resources for spatial research and historical investigation.